Residents in Bloomfield Hills, Michigan know the importance of maintaining the value of their homes.  With a median home price in the $600k, houses in this area of Michigan are a big investment.

At Allied, we believe in providing you with quality workmanship and top-of-line products that help increase the value of your home.  That’s why our siding and deck installers near Bloomfield Hills use only the best and longest lasting products from TimberTech and James Hardie.

Both the composite decking from TimberTech and the fiber cement siding from James Hardie have  30-year warranties.  Both are fade resistant.  And both are designed with our Michigan climate challenges in mind.

Call the licensed contractors from Allied at  248-238-8132. Our deck and siding installers near you are waiting to discuss your construction needs today. 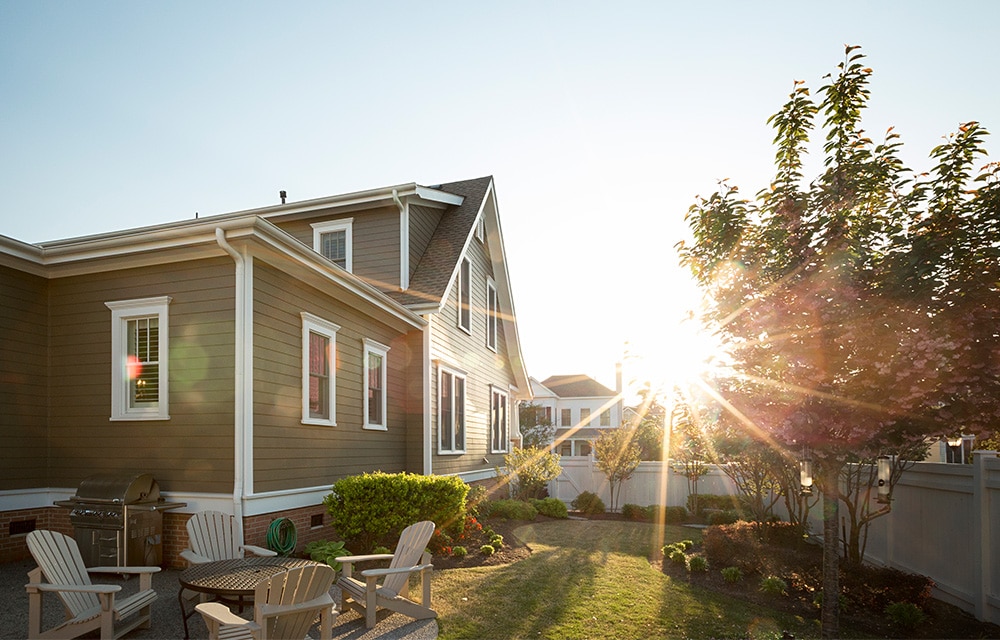 Let us show you the Allied difference ...

You can install a custom composite deck, enjoy it while you live in your home, and then sell the home at a higher evaluation because of the deck.

So, it’s kind of like having your cake and eating it too.

And unlike wood decks, it will still look new when it comes time to sell in your home 10 years from now. And with TimberTech or Trex composite decks flexibility for one-of-a-kind designs, you can make your deck truly yours.

Give us a call to discuss your composite design options.

Hardie siding is made of fiber-cement in various styles and colors so you can create the home of your dreams. And HardiePlank® offers you a durable and protective product that will last well over 50 years!

With over 70 years of experience, we at Allied pride ourselves in doing the job right the first time. If we uncover sheathing or framing problems while re-siding your home, we won’t just ignore it.

Give us a call to discuss your composite design options.

Need a roof repair or even a new roof installed on your Bloomfield Hills, MI home?  Allied Construction & Restoration has roofing pros ready to give you a hand.

We provide you with a free roofing inspection and an honest evaluation.

There is no high pressure sales pitch or fear tactics from our inspectors.  We’ll just give you our opinion based on your roof inspection and supported by pictures from on your roof.

In fact, we are part of the selective 5% of roofers who are GAF certified.

Reach us online for a free consultation

Allied removed an old patio and built a new deck at the price and style I wanted. They were courteous, professional and timely and did quality work. I would recommend them for deck or patio work.

Google Review
Christian was very professional, knowledgeable and helpful while designing exactly what I had envisioned for my spa steps. The guys that came to do the work were both very professional, kind, hardworking, and did a wonderful job. I was impressed that all of them wore uniform shirts identifying who they worked for and were very professional.

Google Review
The guys at Allied replaced my old, rotted wood siding with James Hardie siding. They worked incredibly hard and were very clean and organized. All tools, trash, and materials were picked up at the end of every day. We ran into a number of unexpected issues when the old siding was pulled off and the team kept me in the loop throughout. They were able to adjust course as needed and address all of the underlying issues to make things better than new. I am beyond satisfied with the final product and would recommend them to anyone!

Google Review
Allied replaced my front stoop with a beautiful Trex deck. They consulted me at each step of the process, even added a door underneath to increase my storage space. Christian walked me through the process from the beginning, showing great patience & kindness with all my repetitive questions. The crew was professional, polite & a delight to have around. They followed all COVID-19 regulations without compromising their work. I recommend Allied Construction & Restoration to anyone who wants the job done right.

Google Review
We had an exceptional job done by Allied for a basement remodel. Every contractor took pride in their work and it shows. I would hire them again and recommend them without reservation. They were courteous, clean and kind and mindful of letting us know their schedule and timing. Since the project began just before the pandemic and shutdown, there were times when the project had to be put on hold. Throughout this time we never felt left out of the loop and when construction began again we were comfortable that our safety was a priority. Job well done!!

DO YOU KNOW THE HISTORY OF BLOOMFIELD HILLS, MICHIGAN?

Bloomfield Hills, Michigan is a city tucked inside the Bloomfield Township.  Originally farmland, as population in the area grew, residents desired to retain their autonomy.  So, they organized to become an independent village (and later city) rather than being incorporated into Bloomfield Twp or Birmingham.

Bloomfield Hills is defined by its wooded rolling terrain and watercourses.  Today it’s primarily a residential community and home to approximately 4000 people.  Many residents work in Detroit, Ann Arbor or other nearby townships.

Residents in Bloomfield Hills know the appeal of their city.  It has been the backdrop for several movies including, most recently, The Upside of Anger.   Also, the Cranbrook Education Community is both an attraction and working school.

Bloomfield Hills strives to protect the value of the homes within the city by requiring permits for any construction work performed.  Allied Construction & Restoration follows all city requirements, providing you the assurance of work done right.  Because we know it’s not just the products we use that matter, it’s the installation process too.

Allow Allied to provide you with a quote from our in-house, owner managed teams.  We make it easy to decide between Bloomfield Hills construction and siding contractors.  Give us a call today at 248-238-8132 to learn more.

We’ll help you preserve the value of your Bloomfield Hills, MI home with high quality siding and deck materials and workmanship.  Give us a call today at 248-238-8132.

OUR EXPERIENCED BUILDERS USE BEST CARPENTRY PRACTICES TO COMPLETE DECK AND SIDING INSTALLATIONS AROUND BLOOMFIELD HILLS.

Check out the exceptional craftsmanship of our Deck and Siding installers in the completed jobs gallery.