South Lyon residents love the outdoors.  Whether it’s a hike on the Huron Valley Trail or just a stroll through the neighborhood.  And time in the backyard is just as important.  That’s why we at Allied Construction & Restoration serve South Lyon residents as affordable siding and deck installers.

You can rely on Allied to provide the best siding and deck products at the best prices.  And our customers agree that our workmanship is 5-star.

Let us show you the Allied difference ...

Allied is a family-owned and operated company. And we provide our customers with the excellent workmanship that we would want used on our own homes.

When you hire Allied’s experienced deck installers, you always get the best workmanship we have to offer. We don’t cut corners or provide half-built products. Check out our reviews. Our customers say it better than we could say it ourselves.

Allied’s team was “highly professional, trustworthy and reliable. They exceeded my expectations.”

Schedule a consultation and we’ll show you the Allied difference. We’ll walk you through the both the options and the process for your custom composite deck. We’ll listen to what you want and then help you achieve it.

If you’re considering installing fiber cement siding on your home in South Lyon, MI, you may be wondering if all fiber cement looks the same. The answer is no. James Hardie Siding allows you to customize your home through a variety of siding choices.

But why choose James Hardie siding over another manufacturer? Because the HardiePlank® is eco-friendly, is specially formulated to withstand the harsh Michigan winters. And it maintains its color through ColorPlus® Technology.

At Allied, our owners personally supervised each job to ensure your satisfaction.

Reach us online for a free consultation

Allied removed an old patio and built a new deck at the price and style I wanted. They were courteous, professional and timely and did quality work. I would recommend them for deck or patio work.

Google Review
Christian was very professional, knowledgeable and helpful while designing exactly what I had envisioned for my spa steps. The guys that came to do the work were both very professional, kind, hardworking, and did a wonderful job. I was impressed that all of them wore uniform shirts identifying who they worked for and were very professional.

Google Review
The guys at Allied replaced my old, rotted wood siding with James Hardie siding. They worked incredibly hard and were very clean and organized. All tools, trash, and materials were picked up at the end of every day. We ran into a number of unexpected issues when the old siding was pulled off and the team kept me in the loop throughout. They were able to adjust course as needed and address all of the underlying issues to make things better than new. I am beyond satisfied with the final product and would recommend them to anyone!

Google Review
Allied replaced my front stoop with a beautiful Trex deck. They consulted me at each step of the process, even added a door underneath to increase my storage space. Christian walked me through the process from the beginning, showing great patience & kindness with all my repetitive questions. The crew was professional, polite & a delight to have around. They followed all COVID-19 regulations without compromising their work. I recommend Allied Construction & Restoration to anyone who wants the job done right.

Google Review
We had an exceptional job done by Allied for a basement remodel. Every contractor took pride in their work and it shows. I would hire them again and recommend them without reservation. They were courteous, clean and kind and mindful of letting us know their schedule and timing. Since the project began just before the pandemic and shutdown, there were times when the project had to be put on hold. Throughout this time we never felt left out of the loop and when construction began again we were comfortable that our safety was a priority. Job well done!!

ENJOY A BIT ABOUT THE HISTORY OF SOUTH LYON, MICHIGAN

South Lyon, Michigan, equidistant from Detroit and Ann Arbor, is situated between US-23 and I-96.  It was originally call Thompson’s Corner, but was later renamed after Lucius Lyon, a member of the Michigan Legislature.  And in 1930 it was incorporated as a city.

Just as it sits at the crossroads of major highways today, South Lyon was a hub of transportation from the beginning.  During the late 1800’s, three railroads passed through the city bringing travelers and supplies.  The longest lasting of these railroad lines, was active until the 1980’s.  Today it has been converted to a bicycle trail that winds through the city.

One of the major attractions of the area is the McHattie Park displaying a collection of historic buildings.  This historic village contains six buildings; the oldest one dating to 1907.

Another attraction loved by residents and tourists alike is the Pumpkinfest held the last weekend in September.

The small but bustling city of South Lyon provides locals with plenty of shopping, eateries, and activities.  But its small-town attitude of taking care of its own can still be seen in its facebook posts.

So, be sure to check out your local events.  But in your free time give Allied Construction and Restoration a call at 248-238-8132 to receive a free quote from our siding installers and deck builders.  We, too, believe in small town care and service.

We’ll help you preserve the value of your South Lyon home with high quality James Hardie siding and deck materials and workmanship.  Give us a call today at 248-238-8132.

OUR EXPERIENCED BUILDERS USE BEST CARPENTRY PRACTICES TO COMPLETE DECK AND SIDING INSTALLATIONS AROUND SOUTH LYON.

Check out the exceptional craftsmanship of our Deck and Siding installers in the completed jobs gallery. 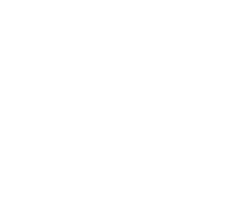